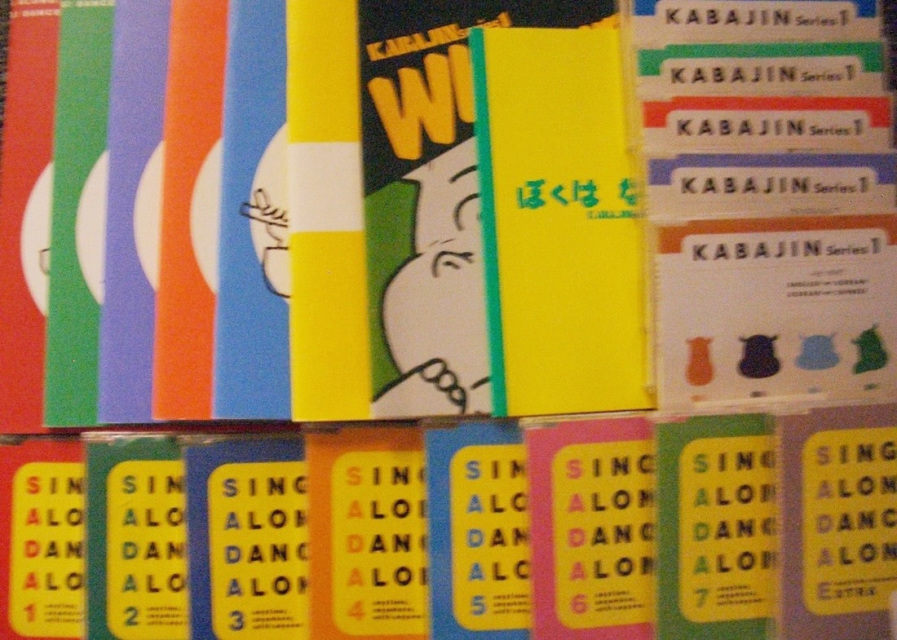 One adventure story in 7 languages and 130+ songs in 22 languages.

Over 10 hours of songs and stories. This story is presented phrase by phrase in language pairs.

Kabajin 1 story in 7 languages: English, French, German, Japanese, Korean, Mandarin Chinese, and Spanish. A Hippo boy named Kabajin meets many different animals as he goes on an adventure to discover his own identity.