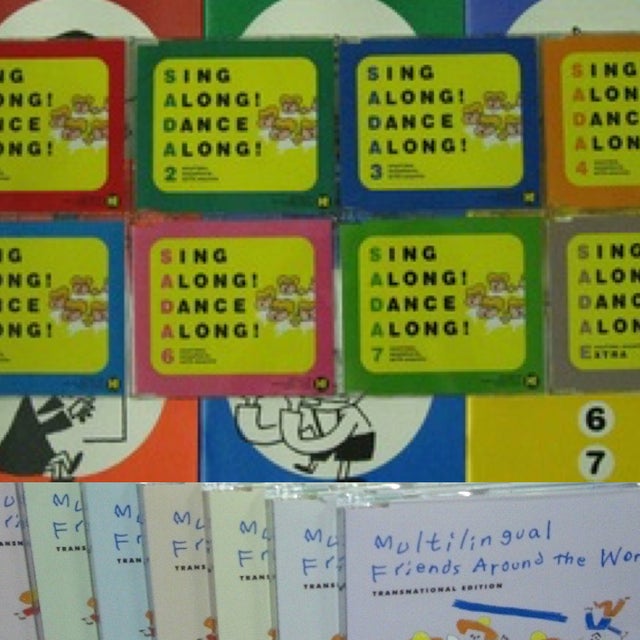 Our newest story in 7 languages and 130+ songs in 22 languages. Good for adults or families.

Approximately 52 minutes per language or 6 hours in total stories. Transnational Edition / English, French, Japanese, Korean, Mandarin, Russian, & Spanish. In the “Transnational Edition,” the language changes with the scene, stimulating both ear and brain, and making it easier to listen over a longer time period.

Multilingual Friends Around the World is the story of high school exchange students in Wisconsin, and their further adventures as college students and working adults. Includes scenes of everyday life such as introducing yourself, sports, classes and special events in high school, ordering food, traveling overseas, and attending a wedding.