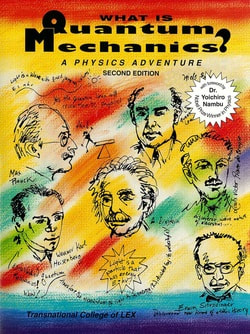 What Is Quantum Mechanics? A Physics Adventure

By Transnational College of LEX

Translated from Japanese by John Nambu

The follow-on to the popular Who Is Fourier? A Mathematical Adventure, this book, also written by the intrepid students at the Transnational College of LEX in Tokyo, utilizes the same user-friendly approach to involve the reader in the students' exploration of natural science. It not only introduces the reader to the concepts of quantum mechanics, but also tells the story behind the theories.

​"Reading What is Quantum Mechanics? is an exciting adventure that comes alive with the historical references throughout the book. Complex mathematical concepts are explained with unusual clarity, making them easy to understand."